A group of seven 10th-grade theater students aim to inspire each other as much as their audiences, thanks to a new theater group, called the Ensemble 10, that is focused on creating original one-act plays to be performed in March at an event titled ALL WE ARE.

Theater Teacher Joel Sugerman said the group formed “accidentally” following auditions for An Iliad, Wheeler’s Upper School fall theater production. It marks a new venture not only for Sugerman, still in his first year teaching at Wheeler, but for the entire theater program.

“Instead of having 19 performers sharing the stage in one play, in which all the actors were on stage the entire time, I wanted to give smaller groups an opportunity for a more in-depth experience, and the clear dividing line turned out to be this ensemble of 10th-graders and casting only juniors and seniors in the play,” he said.

He was exploring different plays to perform at the end of the first semester with his students, but the plan soon began to take on a new shape, thanks to the creativity and commitment of the 10th-graders involved in the process, including Emma Bissonnette ‘24, Lily Thornton ‘24, Phoebe Porder ‘24, Quinn Kennedy ‘24, Beatrice Schroeder ‘24, Emma Hait ‘24, and Laila Muhanna ‘24, formed entirely out of their own passion for the performing arts, Sugerman said.

“What I didn’t know at the outset was what an extraordinary group of creative minds we had gathered in this room,” he said. “As we worked on exercises for different ways of creating performance and discovered that there were a lot of varied interests and ideas within the ensemble, the idea arose organically to create individual pieces, which each member of the class would direct their colleagues in.”

Beatrice Schroeder ‘24 said she was excited for a new opportunity and liked the idea of having each creative voice be heard.

“Overall the class has been a really eye opening experience and a great way to explore my voice as an actor but also as a writer and director,” she said.

Emma Bisonnette ‘24 said they didn’t realize they would be working on their own writing, but their experience has been important for them, particularly as someone who has always been an actor and never a director. They have had fun getting to know everyone as part of a “tight-knit group.”

“Being able to see my own piece come to life has given me a whole different perspective.” Emma said.

The only guidelines students faced with creating their plays were the practical limitations on time and casting, Sugerman said. Students were free to write, adapt, or select a play as they saw fit, but in the end, everyone wrote their own plays. The pieces focus on subjects as varied as the 10th-graders themselves, ranging from a student judicial council, to the aftermath of a romantic relationship, and even a murder mystery in a high school theater group.

“For my play specifically, I took a short story that I wrote last year and reworked it for the stage. It is about two people who run into each other at a coffee shop,” Beatrice Schroeder said. “I wanted to create a setting almost out of time, and I also added a narrator of the barista at the coffee shop who guides the audience through the story. It was a great challenge to try and create a one act play from something that I already had written, but I had a great time doing it.”

“For my piece I sort of drew inspiration from the recesses of my own mind and the fun, lighthearted comedic elements that I myself enjoy,” Emma said.

Watching the students guide their peers with confidence and maturity has been an incredibly gratifying experience for Sugerman. The members of Ensemble 10 have encouraged each other with positive feedback but have also pushed each other through honest critique.

“One very important job of theater in education is to allow students to find their own creative voice and then use the tools and skills we learn to help them articulate clearly and theatrically what they want to say,” he said. “This class has developed into the perfect playground for just that kind of learning.”

The group had originally prepared to debut their seven one-act plays in late January but ongoing challenges with the COVID-19 pandemic delayed the performances, which are now scheduled for Thursday and Friday, March 3 and 4, at 7pm in Wheeler Hall. Reservations to attend the performances can be made at this website. Beyond restrictions on face-to-face practice, the group has also contended with the impact on the performances themselves.

“Acting in masks is always a challenge and has pushed us to be more expressive with our bodies and voices,” Emma said.

Despite the setbacks from the pandemic, Sugerman has been impressed with the students’ passion and dedication to the craft and praised them for their openness and respect for each other’s creative processes.

“The level at which they love and support each other definitely makes this group unique. I was simply surprised at how willing to take risks they were from the start and then how boldly they jumped into the process of making their own work,” Sugerman said.

Both Beatrice and Emma have enjoyed their time and look forward to seeing what they can accomplish alongside their Ensemble 10 peers.

“I thought it was really cool to build characters around actors that I had very personal relationships with,” Emma said. “This was my first time directing, but I imagine it’s a very different experience from people who have actors audition once and then have to decide on roles solely from a 10 minute time slot.”

“It is amazing to see what they can create, and I love being able to bring all their hard work to life,” Beatrice said of her fellow Ensemble 10 members. “This has been such a fun and fulfilling experience. I’m so excited to perform these!” 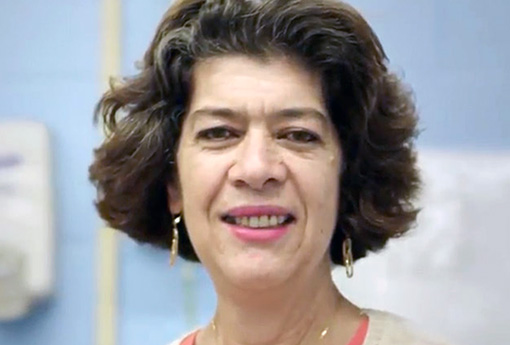